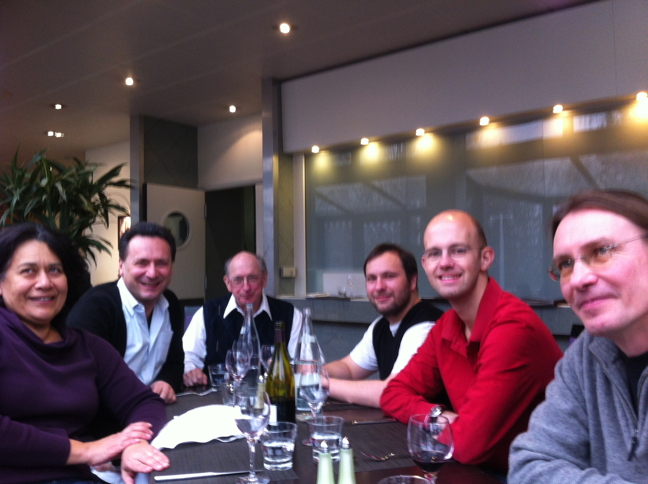 The NANOPOWER project has completed the third year of activity and has reached the end of the
funded period.

It was initially conceived in order to address the powering issue in microscale
electronic devices and we are glad to communicate that it has been fully developed according the
initial plan. The scientific objective of this project was to study energy efficiency with the specific aim
of identifying new directions for energy-harvesting technologies. With this aim, three different classes
of prospective power generators have been considered in a coordinated effort by the six research
groups composing the NANOPOWER consortium.

We are glad to conclude that for each device class we obtained significant results that are now the
object of dissemination and exploitation activities. For what concern the intellectual property
protection activities, three patents for three new concept devices have been prepared (one already filed
regarding new nanoscale temperature sensor for autonomous ICT device integration and two to be
finalized on nanoscale electric generators based on purely quantum effects and a novel method for
storing tiny quantities of energy at microscales). Moreover new nanoscale prototypes based on
vibration energy harvesting, heat rectification and quantum effects have been tested with preliminary
very encouraging results. We have designed, realized and tested a novel integrated nanoscale ICT
device that is capable of sensing temperature and communication, harvesting energy through the so
called Buttiker-Landauer motor mechanism.
During the project we have made significant advances on fundamental science aspects (e.g. in the non
linear transport of particle like systems and in the heat-to-electricity conversion in quantum dots) and
on the realization of practical tools like the software code for simulation of the dynamics of stochastic
nonlinear oscillators (see www.nanopwr.eu) and the large real vibrations data base
(www.realvibrations.eu).
The NANOPOWER consortium has been very active also in promoting the field of nano energies with
the organization of the interested community around the ZEROPOWER C.A. (Coordinated Action
2011-2013) and the recently started ICT-Energy C.A. (2013-2016).
Finally the NANOPOWER consortium has carried on a vast activity aimed at disseminating the
project results through educational and scientific events (three yearly summer school –
www.nipslab.org/summerschool, one international conference – www.nanoenergy.eu, participation to
science festivals and the institution of the annual MICRO-ENERGY DAY – www.microenergy.eu.
Last but not least the NANOPOWER consortium has funded and maintained NANOENERGY
LETTERS, a digital newsletter that has progressively widen its purpose and increased its collaborators
to become an independent scientific journal – www. nanoenergyletters.eu.
The NANOPOWER consortium has been very active in the three years of the project devoting over
300 person months to activities organized in 7 Work Packages with 31 different Tasks. This work has
generated a vast scientific activity that has involved universities, research centers, stockholders and the
general public in more than one way with potential impact that will be evaluated in the years to come.
The products of research generated in this project can be summarized in 31 deliverables (reports,
software codes and instruments, prototypes) and 6 newsletters, 45 scientific articles on international
ISI journals; around 100 talks at international conferences, lectures and seminars; 10 project meetings;
3 Summer School. NANOPOWER partners were involved as organizers in international Conferences
and Workshops and in several dissemination activities.

If you want to know more about the results please download the Final Publisheable Summary Results document, or check the NANOPOWER web site: www.nanopwr.eu