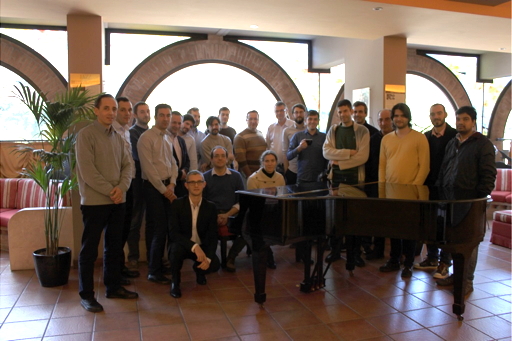 The General Assembly of the H2020 project PROTEUS has ben hosted by NiPS Laboratory on January 21st and 22nd of 2016, in Perugia.

The first year of the project has just concluded and the 9 partners met in Perugia to review the progresses and prepare the 1st project review meeting to be held in Brussels by the end of March.

The design of all the sub-systems of the wireless sensor node were delivered. Now we start the fabrication stage of the 1st version prototype. NiPS laboratory group presented a water test bench along with the first demonstrator of water flux piezoelectric energy harvester that exploits turbulence vortex. We are quite excited to move on fast to implement and improve the generator in order to have a full working self-powered system to test in real water networks in July.