The present trend toward a highly connected world, with smart devices integrated everywhere and interacting with each other, will result in billions of connections, pushing the communication networks toward unpaved frontiers in terms of capacity, latency, and coverage. At the same time, the undelayable global transition in the direction of a greener and cleaner world poses stringent requirements on power consumption and thus on the efficiency of the adopted equipment.

In this lecture the high frequency communication scenario will be shortly described, highlighting the main pros and constr of operating in a so demanding scenario, in terms of equipment, energy and, last but not least, public engagement and perception. 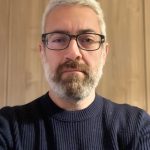 Vittorio Camarchia was born in Turin, Italy, in 1972. He received the Laurea degree and Ph.D. degree in Electronic Engineering from the Politecnico di Torino, Turin, Italy, in 2000 and 2003, respectively.
He was in 2001-2003 a Visiting Researcher with the Electrical and Computer Engineering Department, Boston University.
Since 2004 he joined the Department of Electronics and Telecommunications of the Politecnico di Torino where He is presently an Associate Professor.
His research is focused on modeling, design and characterization of RF and microwave modules and systems.
He is the p.i. of projects for the European Space Agency (ESA), reviewer of the Research Executive Agency of the European Commission for space-related topics and of the major journal of the field.
He has published ~180 peer-reviewed papers, two books and several book chapters. He is member of the IEEE MTT-S Subcommittees #12 on power amplifiers and #23 on Wireless Communications and serves as member of the International Microwave Symposium Technical Program Review Committee on power amplifiers.
He is associate editor of the IEEE Transactions on Microwave Theory and Techniques and of IEEE Access, and has been the Guest editor of the 2020 Special Issue on Broadband Millimeter-wave Power Amplifiers of the IEEE Transactions on Microwave Theory and Techniques.
Prof. Camarchia was a recipient of the 2002 Young Graduated Research Fellowship presented by the GAAS Association.