Piezoelectric energy harvesters (PEHs) promote the construction of a smarter world through powering electric devices with energy scavenged from environmental vibrations by means of piezoelectric effect. To enable the piezoelectric effect, piezoelectric materials are usually attached to mechanical structures (e.g. flexible beams) that can deform due to mechanical vibration and produce strain in piezoelectric material. The mechanical structure for energy harvesting in nature is a Compliant Mechanism (CM). A large variety of structural solutions have been proposed aiming to expend the working frequency range and maximizing the energy output of PEHs. To advance PEHs, a comprehensive review on existing structural solutions and materials is necessary. According to structural characteristics of current PEHs from the aspect of CMs, designs in state of the art are analyzed and categorized into five configurations, mono-stable, multi-stable, multi-degrees-of-freedom, frequency up-conversion and stress optimization. For each configuration, working principles and compatibilities with miniaturization to MEMS scale are analyzed and assessed. Additionally, several CMs are first proposed for PEHs in different configurations as inspirations and references to prompt the development of PEHs. Piezoelectric materials are also important factors in enhancing the energy harvesting performance. Characters of several widely adopted piezo-materials are summarized and compared. The metric of Normalized Power Density (NPD) is introduced to compare and assess the energy generation capability of PEHs with several widely-used piezoelectric materials and in different scales. A NPD-Volume graph is first presented based on the data collected in literature. It shows that PEHs with PZT have the highest NPD and stable energy generation performance in a wide volume range. Both the structural categorization and NPD-Volume graph provide guidance and reference for design and optimization of PEHs. 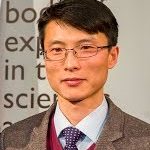 Dr. Guangbo Hao is a Senior Lecturer with University College Cork, Ireland. His research areas focus on design of compliant mechanisms and robotics and their applications in precision engineering, energy harvesting and biomedical devices. He obtained his PhD degree in Mechanical Engineering from Heriot-Watt University in 2011. He is a member of ASME and an elected member of the ASME Mechanisms and Robotics Committee. He is serving as the Editor-in-Chief of the IFToMM affiliated journal: Mechanical Sciences and the Associate Editor of ASME Journal of Mechanisms and Robotics. He has won some accolades including the 2017 and 2018 ASME Compliant Mechanisms Awards in a row. He has published over 160 peer-reviewed papers. Recently he has developed interest in demonstrating how Origami creativity can inform Robotics/Engineering education.